China Eastern Airlines have chosen to retrofit their 203 B737 aircraft with the Thales/ACSS NXT-800 DO-260B-compliant transponders to meet the requirements of the CAAC ADS-B Out mandate. China Eastern Airlines are the first carrier in mainland China to select the Thales/ACSS NXT-800 transponder offered as a certified inter-mix retrofit solution through the Boeing Service Bulletin, resulting in substantial cost savings.

China Eastern Airlines, one of China’s three major air transportation groups, have chosen Thales/ACSS to equip their B737 fleet with the NXT-800 DO-260B-compliant transponders to meet the CAAC’s (Civil Aviation Administration of China) ADS-B Out mandate. This is the first inter-mix configuration retrofit with the Boeing Service Bulletin for DO-260B mandate in China.

Automatic Dependent Surveillance-Broadcast (ADS-B) is a surveillance technology enabling aircraft to transmit large amounts of information to air traffic control or any system equipped to receive and decode information broadcast by onboard transponders. The NXT-800 DO-260B compliant transponders and their ADS-B Out capabilities can reduce or replace the need for a traditional combination of primary and secondary radar systems, providing more detailed information, faster update rates and more accurate positional information, all of which significantly increase flight safety and efficiency. Additionally, ADS-B ground stations are a fraction of the cost of radar stations, enabling remote areas with limited surveillance infrastructure and capabilities to get a full view of their airspace at a much lower cost.

In view of these benefits, ADS-B Out has become a mandatory function for civil aviation in many regions of the world. Chinese commercial and general aviation operators have taken initiatives to undertake the DO-260B compliance retrofits to meet the CAAC DO-260B mandate due by the end of 2022.

China Eastern Airlines have selected Thales/ACSS, their long-term partner, to retrofit their 203 aircraft with the NXT-800 DO-260B compliant transponders to fulfill ADS-B Out capability. As part of the agreement, the current transponders on board will be replaced with Thales/ACSS NXT-800 transponders utilizing the Boeing Service Bulletin available for certified inter-mix retrofit. The airline will benefit from extensive cost savings through this inter-mix retrofit.

Being the first to market certified in both ADS-B In and Out Solutions, Thales’ partner ACSS is a leading equipment manufacturer in the domain. The ACSS transponders are installed on more than 4,000 wide- and narrow-body aircraft worldwide. Thales/ACSS are the first certified DO-260B compliant transponders providers in mainland China, and around the world.

As one of the largest users of Thales/ACSS products in China, China Eastern Airlines have been in a close partnership with Thales for many years. Since their first selection of the full package of Thales avionics equipment in 2014, approximately 150 of their A320 aircraft have been equipped with Thales avionics products. In 2015, China Eastern became the first domestic airline in China to comply with the DO-260B standard by leveraging the Thales/ACSS T³CAS solution on some of their A320 aircraft. In 2018, China Eastern and Thales signed a Strategic Maintenance Cooperation Agreement, marking the establishment of a comprehensive strategic partnership.


“China Eastern and Thales’ relationship goes back many years. Thales is already the Airline’s preferred business partner in avionics. We are very honored to provide China Eastern with ATC transponders in an active response to the CAAC’s promotion of ADS-B technology. We will continue supporting our Chinese partners in building a safe and efficient future and flights we can all trust.” 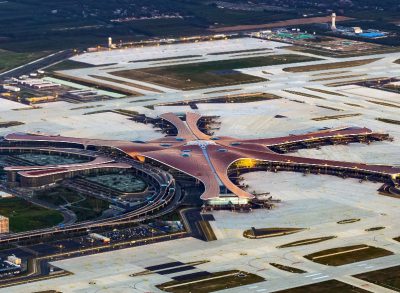 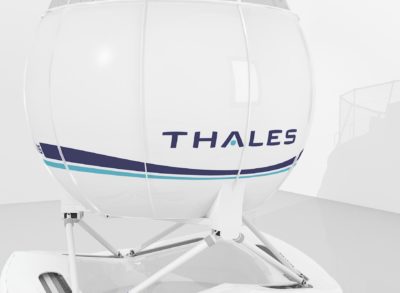 As a world-renowned specialist in helicopter simulation capabilities, delivering new and disruptive technologies to operators and training centres worldwide,...