Frontier Airlines, America's greenest airline, shows its ongoing trust in AVIOBOOK solutions with the launch of phase II. Increasing the number of modules used as part of AVIOBOOK Flight, and trialing AVIOBOOK Connect, is set to further facilitate pilots' workflow and the exchange of information.

Following the successful go-live of AVIOBOOK’s Electronic Flight Folder in 2020, Frontier Airlines is expanding its partnership with AVIOBOOK to further its ongoing efforts to improve efficiency and deliver environmentally-friendly operations. With all pilots already trained and using the suite of applications, the next stage is set to bring further improvements to flight operations by expanding the scope of functionality.

AVIOBOOK’s FAA-approved iPad application gives crews an intuitive dashboard with all the information required for their flight, including the regulatory Dispatch Release, meaning that they no longer have to be printed at the gate. This saves Frontier the printing of over 10 million pages of paper per year and thousands of gallons of fuel per year. In the first phase, Frontier saw how AVIOBOOK ensures pilots have access to the latest flight plan and weather data when they need it, aiding on-time departures and faster recoveries in the case of disruptions.

The positive feedback from users, coupled with concrete operational benefits, has led to the implementation of phase II. It will see Frontier provide pilots with tools to better manage EFB workflow, facilitate access to practical airport information and boost real-time communication between all flight stakeholders.

Built upon a decade of experience, AVIOBOOK is a reliable solution that differentiates itself through its deep back-office integration and extensive user-driven functionalities. From advanced delay reporting, analytics and irregular event management, the new functionalities opened up with the expanded scope of phase II will not only ensure the right information is in the right hands but further boost Frontier operations. Together, Frontier and AVIOBOOK are working to achieve the next phase in the airline’s digital transformation.

Headquartered in Denver, Colorado, Frontier Airlines operates more than 110 A320 family aircraft and has the largest A320neo fleet in the U.S. serving approximately 100 destinations in the U.S., Caribbean, Mexico and Latin America. The use of these aircraft, Frontier’s seating configuration, weight-saving tactics and baggage process have all contributed to the airline’s average of 43 percent fuel savings compared to other U.S. airlines (fuel savings have been based on Frontier Airlines’ 2019 fuel consumption per seat-mile compared to the weighted average of major U.S. airlines), which makes Frontier the most fuel-efficient U.S. airline. With more than 230 new Airbus planes on order, Frontier will continue to grow to deliver on its mission to provide affordable travel across America.

Acquired by the Thales Group company in 2016, AVIOBOOK has maintained its start-up agility and reactivity while benefiting from the support of a worldwide leader in avionics, telecommunications, and cybersecurity, bolstered by a unique experience in designing and deploying secure and robust digital solutions.

AVIOBOOK’s product line has continued to grow and now represents the industry leading Electronic Flight Bag (EFB) solution used by 60+ airlines around the world. Providing smart and integrated solutions to its airline customers, the AVIOBOOK suite guarantees increased operational efficiencies and enhanced decision making. After over a decade of innovation, AVIOBOOK is determined now more than ever to continue harnessing the power of data and intuitive design to facilitate airline operations. 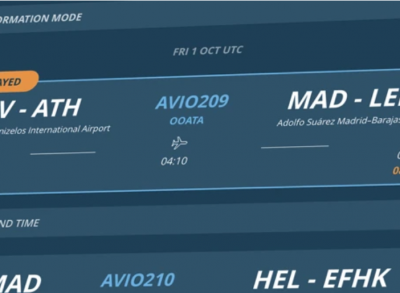 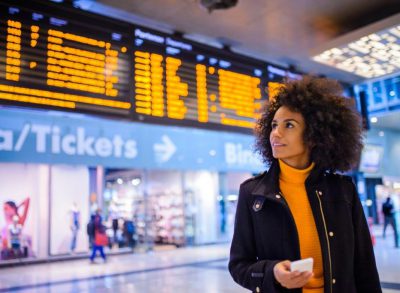