Equipped with a state-of-the-art Thales avionics suite, the Sukhoi Superjet 100 (SSJ100) is the first Russian commercial regional aircraft set to meet standards enabling its export beyond Russia. Following “Type Certification” in January from the Russian authority IAC-AR, the first commercial flight of a SSJ100, operated by Armavia, took place on April 21st and carried 90 passengers from the Armenian capital Erevan to Moscow’s Sheremetyevo airport.

For Sukhoi, certification of the SSJ100 regional aircraft was an historic date. This is the airframer’s first move into the civil market, and now the aircraft is targeting the worldwide market. The SSJ100 is also the first Russian civil aircraft to be developed in partnership with Western companies, with Thales’s involvement beginning back in 2005.

Furthermore, Thales was instrumental in establishing Sukhoi Software, an entity dedicated to software development for the aircraft. “As we knew Sukhoi was targeting international success, we made sure all software was compatible with European and American regulations,” explains Christophe Fresnel, Program Manager of the SSJ100 at Thales.

For a project of this scale, Thales brought together expertise from all over the world. Some 300 engineers were involved, with project management centred in Toulouse, France; the stall warning system developed in Montreal, Canada; and various other components developed in the company’s various sites in France. Small teams were also based in Moscow, located close to the Sukhoi Design Bureau, and at the production line in the far-eastern Russian town of Komsomolsk – where the average winter temperature is -30C. “We had to be well-organised to deal with the time differences”, notes Christophe Fresnel.

The next step for Sukhoi is European (EASA) certification, which is planned for the second semester of 2011. This will provide the key to the airframer’s ambitions for expansion into the West, and will contribute to the continuing growth of Russia’s aerospace sector. “With this project, Thales is strengthening its hold on both the Russian and regional aircraft markets”, explains Christophe Fresnel. “And we hope this is just the beginning of a long and productive partnership with Sukhoi.”

In order to train pilots on the new SSJ100, Sukhoi has asked Thales to supply three Full Flight Simulators (FFS) and three Flight Training Devices (FTD). The first FFS, which will be used by Aeroflot, is currently entering the final integration phase, says Jean-Pierre Pourre, Sales Director for Civil Aircraft Simulation at Thales. As supplier of both avionics suite and simulators, Thales is in a strong position to rapidly deliver a “rehost” of the SSJ100 avionics, complete with real aircraft software. Thanks to Thales’s RealitySeven technology, the FFS solution is also modular, allowing it to be adapted to other aircraft types in the future.  To achieve SSJ100 certification, pilots will undergo around 25 days of qualification training, consisting of Computer-Based Training (CBT), FTD sessions, and around two weeks on the FFS.

The European Aviation Safety Agency (EASA) recently certified the autopilot Thales is supplying for the SSJ100 for Category IIIA approaches. 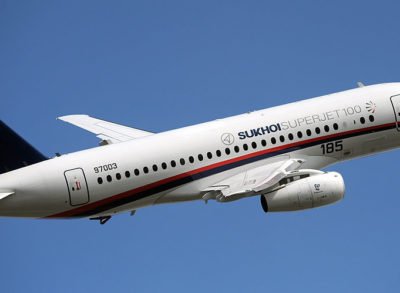 Thales avionics systems on display at MAKS 2013 in Russia

Thales will showcase its avionics and IFEC solutions at MAKS Aviation and Space show, being held at the Zhukovsky Airport near Moscow, from August 27th to... 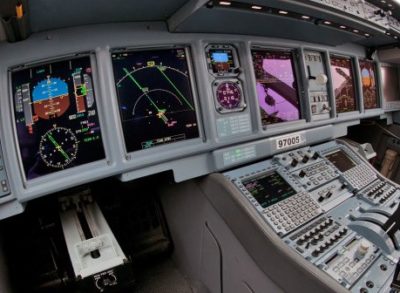 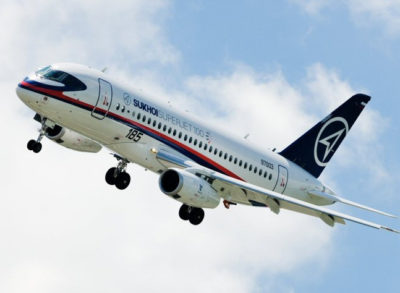 The Thales Customer Support Centre (CSC France) based in Châtellerault, central France, has been certified by the Russian Federal Air Transport Agency.