Atlantic Airways and Thales have signed a contract for one AW139 Reality H Level D Full Flight Simulator. Located in the North Atlantic between Iceland and Norway, the Faroe Islands will be a hub for advanced AW 139 training, supporting safer helicopter operations worldwide.

The Thales Reality H Level D Full Flight Simulator, which is one of the world’s most advanced commercial helicopter simulators, will be used to provide superior scenario-based flight and mission training to Atlantic Airways helicopter crewmembers and AW139 helicopter operators worldwide.

With this simulator, Atlantic Airways Aviation Academy will deliver state-of-the-art training, including initial type rating, recurrent training and proficiency checks for both Visual Flight Rules (VFR) and Instrument Flight Rules (IFR). This simulator will enable pilots to achieve the certification needed to fly the AW139 under EASA approval.

The AW139 helicopter simulator addresses very significant training needs in Europe and all over the world. Offshore and onshore operations include complex Search and Rescue (SAR) missions as well as public transport and VIP operations to unprepared landing sites. 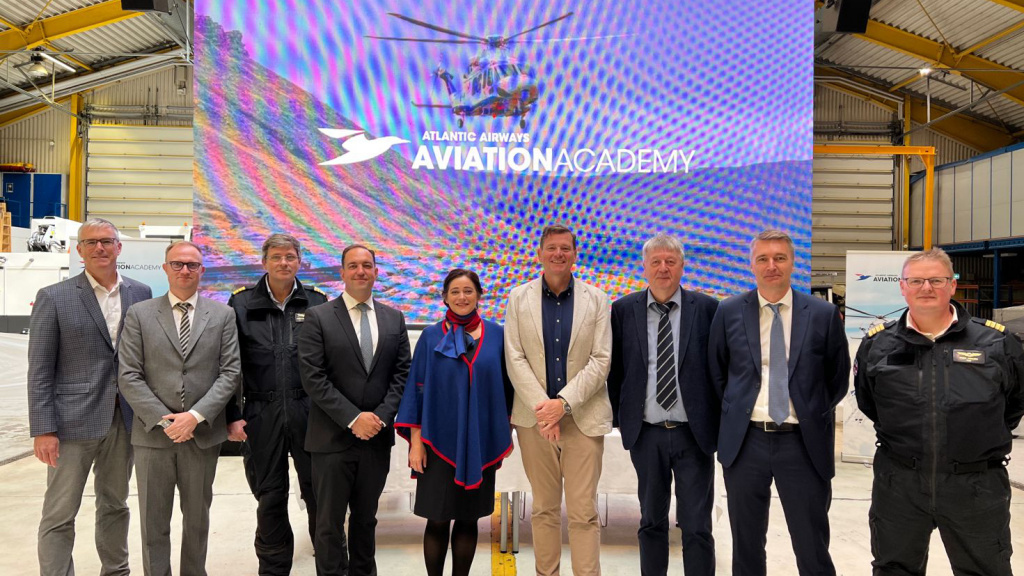 Pictured above: Atlantic Airways and Thales representatives pictured at the signing ceremony held in June 2022.

Customisation of the simulator for the specific environment of the Faroe Islands through an immersive and highly realistic visual system will offer unprecedented operational training capabilities to handle a multitude of system failures and overcome very complex malfunctions should they arise in the real world. Pilots can thus train safely in high-risk mission scenarios in a wide range of harsh weather conditions, and the proficiency of the complete crew can be tested thanks to the winch trainer coupled with the full flight simulator.

Atlantic Airways is a well-established airline and an Approved Training Organisation (ATO). A significant source of revenue is charter and Aircraft, Crew, Maintenance and Insurance (ACMI), which accounts for more than half of the revenue generated outside of the Faroe Islands. The Atlantic Airways helicopter department provides a regular service between the islands of to the Faroese islands, SAR activities and offshore transportation in the North Atlantic.

“We are particularly honoured that Atlantic Airways has selected our state-of-the-art Reality H full flight simulator and excited to launch this new cooperation with the airline. We are committed to supporting Atlantic Airways for the long term to deliver first-class training services for AW139 crews and improve flight safety worldwide.” Peter Hitchcock, VP Training & Simulation, Thales 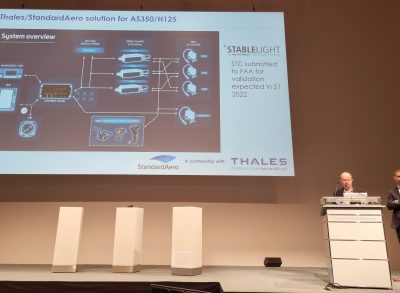 Vertical Mag puts the StableLight autopilot to the test!

Vertical Magazine recently boarded an Airbus AS350 to try out the Thales/StandardAero StableLight four-axis autopilot for light helicopters. The end-result is... 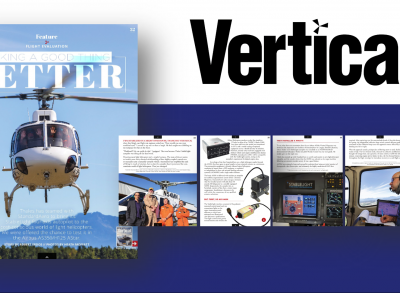 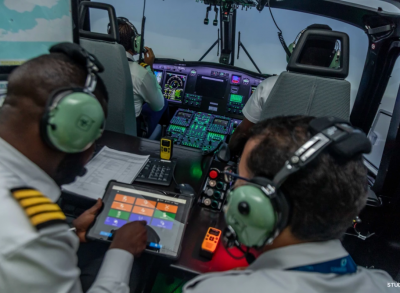