Despite their undeniable assets, Global Navigation Satellite Systems (GNSS) are vulnerable. Thales is working on signal monitoring solutions in order to guarantee their quality. The first tests have proved positive. We assess the situation with Thales Marketing manager Philippe Laviron.

Why are GNSS systems so vulnerable?

Jamming is when satellite signals are masked by more powerful interference signals. Thus, a blurred receiver can no longer locate itself, or can be located erroneously. Interferences can be natural (solar flares), involuntary (amateur radio) or deliberate (use of scramblers). Although the use of the scramblers is forbidden, low power scramblers are often used by citizens who are concerned about protecting their private life or by drivers who don’t want to be monitored. Terrorist usage cannot be excluded. High-power GNSS jamming systems have already been observed in various conflict zones.

Besides, another type of threat has emerged in recent years: decoys. Deceiving a GNSS receiver consists of sending it false signals, which mislead it as regards localization in terms of both space and time. For instance, a team of researchers in Texas managed to divert a civil drone and then a yacht from their trajectories.

GNSS monitoring appears to be becoming a hot topic. What does it involve?

GNSS monitoring tackles the issue of jamming, which is on the increase all around the world, by proposing an interference detection solution that alerts the user. We recently tested this type of solution by rolling out a GPS signal monitoring experiment with the Port of Bordeaux in south-western France. (Further information below.) Furthermore, during the UAV show which took place last September in Bordeaux-Mérignac, we redeployed the application for drones with the objective of analyzing in real time whether the signal used on their flight test zone was secure or not.

A number of large ports and trial zones have already expressed an interest and wish to rapidly have this type of service. More widely, the current stakes for Thales are to develop solutions applicable to various domains of signal monitoring whether they come from GPS (Global Positioning System), from Glonass or, soon, from Galileo.

HONTZA: a promising experiment for the future

As part of the Hontza project, Thales and the maritime port of Bordeaux, with the support of industry partners, recently conducted a demonstration that monitored the quality of the GPS geolocalisation signal used by ships navigating in the estuary of the Gironde.

With the growing number of miniature GPS scramblers and the major forecast growth of world maritime exchanges, the demonstration aimed to raise awareness among players and public authorities of the importance of statutory considerations of GPS jamming.

On the ground, the demonstration took place successfully: in cooperation with the port authority’s services (IT, innovation and dredging departments), detection beacons were positioned on the course followed by boats. These sent data to a signal processing server which was capable of alerting in real time (a first, this is where the innovation lies) port authorities in the event of interference. The experimental platform made use of the resources of the Bordeaux port authority, which already utilizes sophisticated sophisticated technologies (satellites, sensors, radars, information systems, etc.).

Thales specified the system, developed the signal processing techniques and the tests. The TOPOS cluster (which includes 40 active members in the field of the satellite applications in Aquitaine, France) managed the project. Small and medium-sized enterprises of the cluster produced the beacons and servers.

The project now represents a showcase for innovation in the Aquitaine region of France, and applications and services in other domains are already envisaged.

HONTZA is the Basque word for owl, a symbol associated with the Greek goddess Athena, the goddess of wisdom, strategy, strategic warfare, mathematics and skill.

As the threat of GPS/GNSS electronic warfare is evermore real and important, military platforms need to be protected to avoid mission failure. With the... 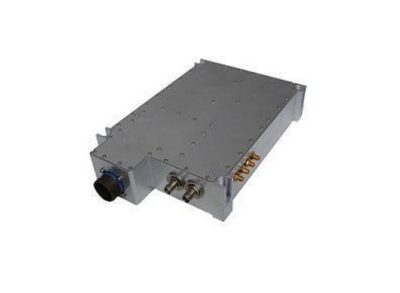 In outdoor conditions, geo-localization is usually carried out with GPS data and there is no challenge to succeed in such a mission. But inside a tunnel, where... 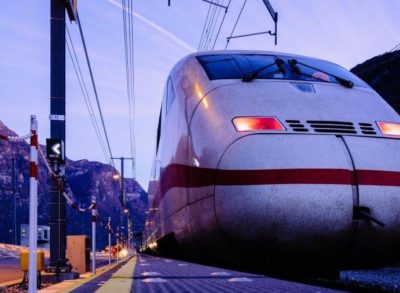 Thales is working alongside fellow industry players IABG, Qinetiq and Telespazio on the leadership of FRAME, a research programme aimed at formalising the...