The essential shift towards tomorrow’s cleaner, greener, quieter aviation will extensively draw on the increased use of electricity on board aircraft. This is a critical field in which Thales is a frontline player, delivering electrical generation and conversion systems, along with electrical motors for actuators and propulsion systems. Today, Thales is looking to capitalize on this expertise to power the future of aviation.

The increased use of electrical systems on board aircraft has twin objectives. The first is to reduce engine consumption and lessen the environmental footprint, while the second is to reduce the weight of equipment while also improving efficiency through better power management. 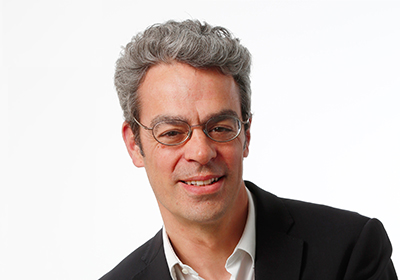 According to Alain-Jory Barthe (pictured), who heads up Thales’s Electrical Systems activity, the demand for onboard electrical systems has rapidly evolved and will continue to do so: “Planes have already become and are set to become more and more electric, and therefore have growing needs for electrical power and generation. This major trend began twenty years ago and now extends to additional requirements for advanced propulsion techniques such as hybridization, Ultra High Bypass Ratio turbo fans, and electric propulsion on VTOL (Vertical Takeoff and Landing) mobility platforms. These are all areas that are having a strong impact in terms of power generation and conversion, as well as regarding electrical motors.”

Building on Thales’s solid track record in this field, the Group is at the heart of the industry-wide efforts to meet the electricity-related challenges of green aviation, working in close conjunction with partners (such as Airbus, Airbus Helicopters, Dassault, Liebherr and Safran) to increase energy yields, integrate new sources of energy and optimize the mass of on-board systems.

As Alain-Jory points out, engine hybridization is one key, high-potential area. The ability to switch between standalone thermal engines and electrically-assisted motors will result in increased performance, overall energy efficiency and optimized onboard weight. As a first implementation, work has been in progress since 2018 with Airbus Helicopters on the e.Drive electrical motor concept (pictured below), designed to be used in case of engine failure on single-engine helicopters. This capability would enable these more economical helicopters to be greenlighted for use in urban areas. 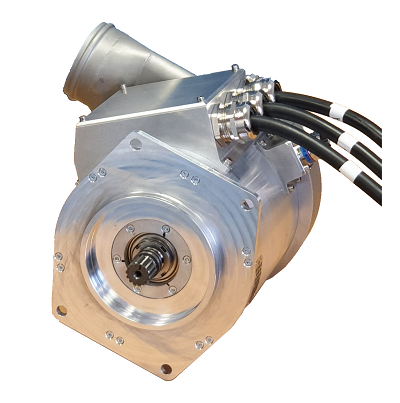 Within the framework of the aeronautics sector support plan recently announced by the French government, Thales will also be contributing to the Helybrid project led by Airbus Helicopters. Alain-Jory Barthe explains that the project “aims at extending the concept to continuous hybridization, reducing consumption but also blade speeds and consequently noise pollution from helicopters. The resulting helicopter is scheduled to be demonstrated from 2025 onwards, ahead of entry into service in 2029”.

Advanced power management is another major field where Thales is making major headway, capitalizing on new power storage solutions, optimizing the size of onboard equipment, and enhancing the safety and availability of in-flight electrical networks. Alain-Jory points out that “this is an area where the governmental support plan will speed up innovation, by strengthening expertise and enabling the design and development of technological demonstrators in conjunction with industry counterparts”. These new solutions can be applied to all the flagship projects that form the basis of the research roadmap, including the next-generation airliner that will follow on from the Airbus A320 (target entry into service in 2033), a new regional aircraft (entry into service around 2030), and new types of business aircraft that will be partially powered by hydrogen (prototype demonstrator expected in 2030).

These are all domains that will be explored fully over the coming years, and the Electrical Systems teams at Thales are looking forward to playing a key part in conceiving the innovations that will form the basis of tomorrow’s air travel. In the words of Alain-Jory Barthe, “the long-term implications for the aeronautics industry are full of promise as we look forward to developing the future of aviation which - thanks to the greater use of electricity - will be greener, more economical and more competitive.”

Thales’s electrical systems equipment is used by 500 aircraft operators and 300 airlines, on board all types of aircraft (airliners, business jets, regional aircraft, military aircraft, and helicopters), including today’s most “electric” aircraft types, the Airbus A350 and the Boeing B787. Thales also supplies and partners world-leading engine manufacturers including Safran, Honeywell, GE, Pratt & Whitney, and Rolls-Royce. Development and industry facilities for Thales’s electrical systems activity are located near Paris (Chatou, Conflans-Sainte-Honorine, Méru), with further support hubs in North America (Piscataway) and Singapore. New technologies are being developed by Thales with the financial support of the French civil aviation authority DGAC as regards the Genome, Pow’Air and Mecep projects, European Studies are conducted within the framework of the Clean Sky 2 European research programme, and the Canadian Government (ISED) as regards Horizon. 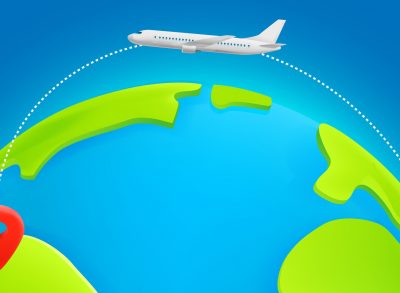 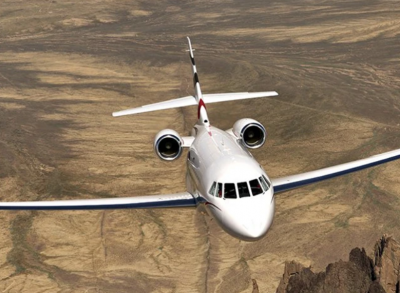 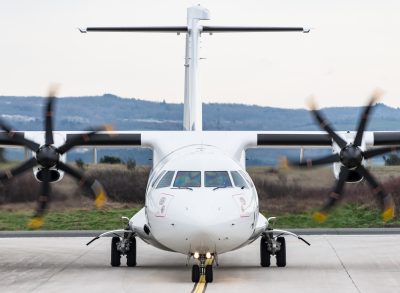