Thales equipment has been an active part of flight testing leading up to certification for the Boeing 787. Let’s take a closer look.

The 787 represents a leap forward in terms of fuel efficiency, lower maintenance costs, reduced impact on the environment, as well as in passenger comfort. Thales innovations contributing to these breakthroughs include lightweight systems for power conversion, for the cockpit, as well as for in-flight entertainment (IFE).

Thales is currently completing final qualification testing to certify the power conversion system (PCS) it provides onboard the 787. The company is recognised as a major systems integration partner, leading a number of subcontractors in supplying the aircraft’s PCS.

The PCS brings a number of technology “firsts” to the commercial air transport market, helping to efficiently power the vast array of consumer systems onboard the B787 with lower environmental impact.

Thales is making final software adjustments for the integrated standby flight display (ISFD), a crucial device it developed for the 787 cockpit. This complex instrument combines information about attitude, altitude, airspeed, heading, and location all in a single display for the cockpit crew.

If reference to the primary instruments were ever lost during an emergency situation, the crew would be able to continue flying the airplane safely by using this ISFD.

Thales IFE, available as an option to 787 customers, is qualified and ready to go. The TopSeries system for the 787 series not only enhances passenger well being, but its reliable design also reduces operational costs for airlines by minimising the need for maintenance.

Many months of hard work alongside Boeing have almost wrapped up and Thales looks forward to the 787’s certification and first delivery!

The new generation Boeing 787 is a mid-range wide-body aircraft that boasts significant improvements in fuel efficiency and a more pleasant cabin environment for passengers.

What will immediately strike passengers when they enter the 787 is the spaciousness of the cabin. The windows have been repositioned and enlarged. The cabin will also be maintained at higher pressure and humidity levels than current airliners, improving passenger comfort while also reducing fatigue.

Boeing has designed the 787 with a structure up to 50 per cent derived from composite plastic materials, meaning the aircraft is relatively light. The offshoot of this lighter structure is a 20 per cent reduction in fuel requirements compared to existing models in its category.

Linhas Aéreas de Moçambique selected Thales to supply its latest generation of inflight entertainment solution AVANT for their new fleet of B737 aircraft. 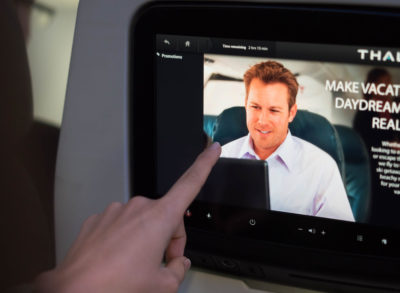 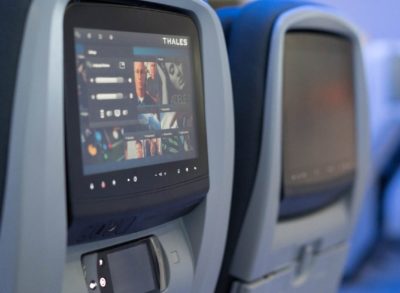 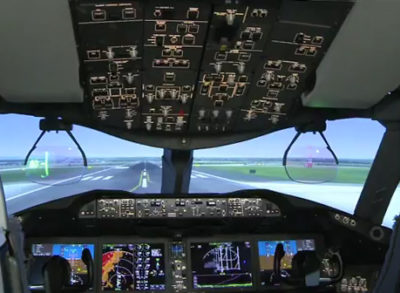 Thales’s Boeing 787 simulator has achieved a world first in receiving parallel certification from the American Federal Aviation Administration (FAA) and the...