Thales technologies on board the Airbus A350XWB

Thales technologies on board the Airbus A350XWB

A host of cutting-edge Thales technologies are on board the new A350 XWB aircraft that successfully made its first flight on June 14th, 2013. Solutions designed and delivered by Thales for this long-range aircraft range from interactive control and display systems, integrated modular avionics (IMA), air data and inertial reference units to electrical power conversion.

Furthermore, Thales contributes to doors and slides management system and the Slats and Flaps control computer, developed and delivered to Airbus by Diehl Aerospace. Thales systems are also available in the cabin, with our most advanced IFE and connectivity systems being offerable on the A350 XWB. With the advent of the A380 and now the A350 XWB, the main change in the cockpit has been the shift to large display screens. The A350 XWB will feature fewer but larger display systems than the A380. Thales will be supplying six 15in (38cm) rectangular screens and the Keyboard Cursor Control Unit (KCCU) which is one of the interface with Flight Manage­ment System.

The cockpit configuration has two central displays mounted, one above the other and a single dis­play in front of each pilot with an on-board information system screen adjacent to it. There are no differences in the functionalities between these lateral and central displays as, unlike the A380 configuration, all the displays can be used for both types of information.

The A350 XWB features an integrated system bringing to­gether so-called “open world” and “closed world” (secure avionics) information, enabling the optimized manage­ment of information to allow the pilots to work efficiently together. For instance, they can bring information from the lateral screens to the central ones to allow them to work together on a particular piece of information. The advan­tage of having common screens means that the pilot can use the KCCU to interface with the OIS.

With the new A350 XWB, if one of the screens fails, the cock­pit displays are automatically reconfigured to use the lateral displays. The fact that all six screens can be used for all infor­mation within the cockpit is an important factor for airlines, as it will help to maintain high aircraft dispatch availability levels. The new cockpit display system achieves simplified and streamlined interactivity with the entire system.

Overall, the A350 XWB cockpit has been designed as a natural evolution of the A380 cockpit, with the aim of en­suring continuity throughout the range. An A380 pilot will need just minimal amounts of training to be able to trans­fer to the new layout and functions of the A350 XWB. This will result in a reduction in training costs and optimized use of airline resources.

From the pilot’s standpoint, the large cockpit screens will enable optimized information management and impro­ved situational awareness. Furthermore, the large screens have future-proof product evolution characteristics and provide the potential in the future for new types of dis­plays for future generations of Airbus aircraft.

Using new technologies, Thales has standardised and reduced by half the number of CPIOMs (Core Proces­sing Inputs/Outputs Module) and CRDCs (Common Re­mote Data Concentrator) – both of which are the main building blocks of the IMA suite – meaning that the com­ponents are easier to maintain, repair and stock.

Also, the number of functions hosted by the CPIOM has been increased from 21 (A380) to 35 (A350 XWB). For instance, the “doors and slides” function that was previously handled by a specific computer is now ma­naged by the standard CPIOM. On top of that, the cal­culation capacity of the CPIOM has been doubled, its reliability increased and weight reduced.

The IMA represents a substantial leap along the path to standardization and simplification, and the whole air­craft is set to benefits.

Thales has also implemented a new navigation system. The ADIRU (Air Data Inertial Reference Unit) defines the position of the plane with high precision and ac­curacy. Combined with a Flight Management System and OANS (Onboard Airport Navigation System), it will enable pilots to have the highest-possible precision guidance tools at their disposal.

These technologies will enable the airlines to use SESAR new procedures (example: 4D trajectories) as soon as they will be available.

Thales’ HUD is already available on all aircraft within the Airbus Fly-By-Wire family. A single or dual configura­tion will be available as a customer option in the A350 XWB catalogue. 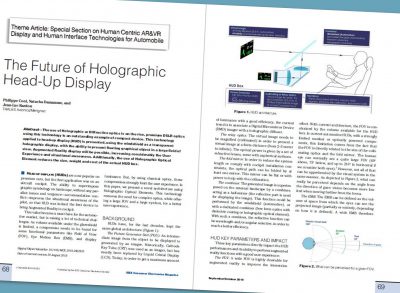 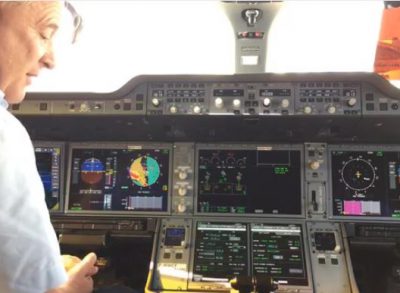 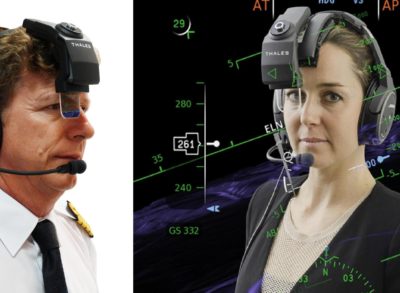 At the NBAA show, Thales has unveiled TopMax, the world’s first civilian head-worn display, providing a 360⁰ field of view and total eye-out functionality that...