Head-Up Displays (HUDs), which currently remain optional equipment for most world airlines, are set to experience substantial growth over the coming years. HUDs are now an integral part of the initial design of all new cockpits and the Civil Aviation Administration of China (CAAC) has made it mandatory for all Chinese airlines. Michel Soler, HUD senior marketing manager for Thales, provides the full story.

China has to deal with several challenges such as increasing air traffic, the often unfavorable weather conditions and high rates of pollution. To remedy this, the authorities are rolling out a number of measures, including the compulsory use of HUDs.

Deployment is made up of three stages. The first stage began in 2011/2012 and, as a resuly, each airline had to deploy the HUD on 10% of their fleet in operation in China regardless of aircraft type. We are now mid second stage, which runs from 2016 to 2020, by which time 50% of the airlines’ fleets operating in China will need to be equipped. This will entail a very strong increase in demand. Finally, by 2025, all civil aircraft operating in China will have to be equipped.

The execution order of the CAAC covers two axes. The first axis concerns HUD implementation on aircraft whilst the other concerns airports. The latter refers to the implementation of procedures enabling planes equipped with HUDs to benefit from specific minimum landing requirements, which is likely to result in increased traffic volumes as take offs and landings become more efficient.

Thales provides Head-Up Displays across the entire fleet of Airbus aircraft. The equipment is optional in the aircraft manufacturer’s catalogue but it is possible to install it on all Airbus aircraft (from A318 to A380 and also A400M) including the new generations of A320 NEO and A350 XWB. The latter is even equipped with two HUDs, one on either side in order to preserve an initial symmetry of the cockpit design and procedures for the pilot and co-pilot. This configuration is now proposed on all Airbus aircraft.

What impact does the CAAC regulation have on Thales?

The Chinese regulation is driving a real increase in production rates for HUDs in the coming years. Thales has already set up the necessary industrial means to cover future needs. The first HUDs have already been integrated in the Final Assembly Line in Tianjin and deliveries for some aircraft began earlier this year.
Thales is also working with Airbus on a retrofit offering covering the entire Airbus fleet in order to meet CAAC objectives.

On a mid-term basis, the EVS function can be completed with the SVS (Synthetic Vision System), which can be applied to head-up and head-down displays. Unlike the EVS, which utilizes veritable imaging, the SVS consists of synthetic 3D landscape based on terrain data used for other aircraft systems.

As one of the world’s top developers of HUD technology with a track record that spans over four decades across both civil and military markets, the group is the sole supplier of HUD technology on the entire Airbus fleet. Available in single but preferably in dual installation, the Thales HUD is today selected by Chinese airlines on board all Airbus aircraft series in production, including A350 XWB but A330 CEO/NEO and through all the single-aisle family from A319 to A321 CEO/NEO.

China Eastern Airlines have chosen to retrofit their 203 B737 aircraft with the Thales/ACSS NXT-800 DO-260B-compliant transponders to meet the requirements of... 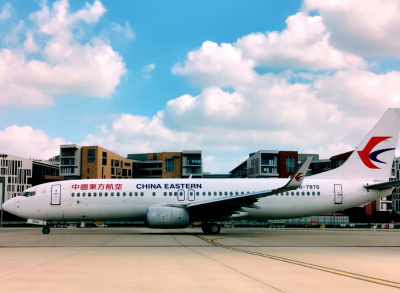